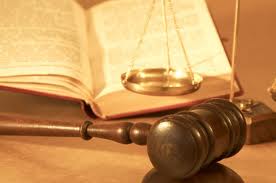 Nine former Philadelphia Traffic Court judges were accused of fraud charges by federal prosecuters on Thursday for dismissing or reducing traffic citations for political, business and social associates in return for favors like free car repairs and shipments of seafood.

The judges, as well as three business associates, were charged in an indictment unsealed Thursday with conspiracy, mail fraud and wire fraud. They were accused of taking part in a scheme in which tickets issued for offenses like speeding were thrown out or converted to lesser offenses, or the recipient was found not guilty.

Those seeking to have their traffic tickets fixed — including local politicians and associates of the Democratic City Committee — would regularly contact the defendants from July 2008 to September 2011, the indictment said.

The defendants would then either agree to the request for preferential treatment or hand the case to another judge who would eliminate or reduce fines or points on a driver’s license, depriving the city and state of revenue, prosecutors said.

“Defendants created and participated in an extrajudicial system, not sanctioned by the Pennsylvania court system,” the 77-count indictment said, “where they felt free to approach one another and exchange requests for preferential treatment or ‘ticket-fixing,’ without being rebuked or criticized by fellow judges.”

All but one of the judges face a maximum sentence of more than 100 years in prison and millions of dollars in fines if convicted on all counts, according to the office of Zane David Memeger, the United States attorney for the Eastern District of Pennsylvania.

For information on how to fight a traffic ticket, check out our post here!

Why should I settle my personal injury claim?

Can I reject my settlement offer?

Is a car making a left turn always at fault in an accident?

What are punitive damages in a car accident case?

Do I recover all medical expenses regardless of a persons coverage in a Personal Injury accident?

"Gary Heslin is a respected Philadelphia personal injury attorney and I recommend and endorse him." EDWARD EARLE, PERSONAL INJURY LAWYER

"I am pleased to extend my thanks and appreciation to you and your staff for all of your hard work." ARTHUR Z. DAHN

"I want to thank the entire staff at The Heslin Law Firm for fighting for my case against SEPTA." MARTIN JANN